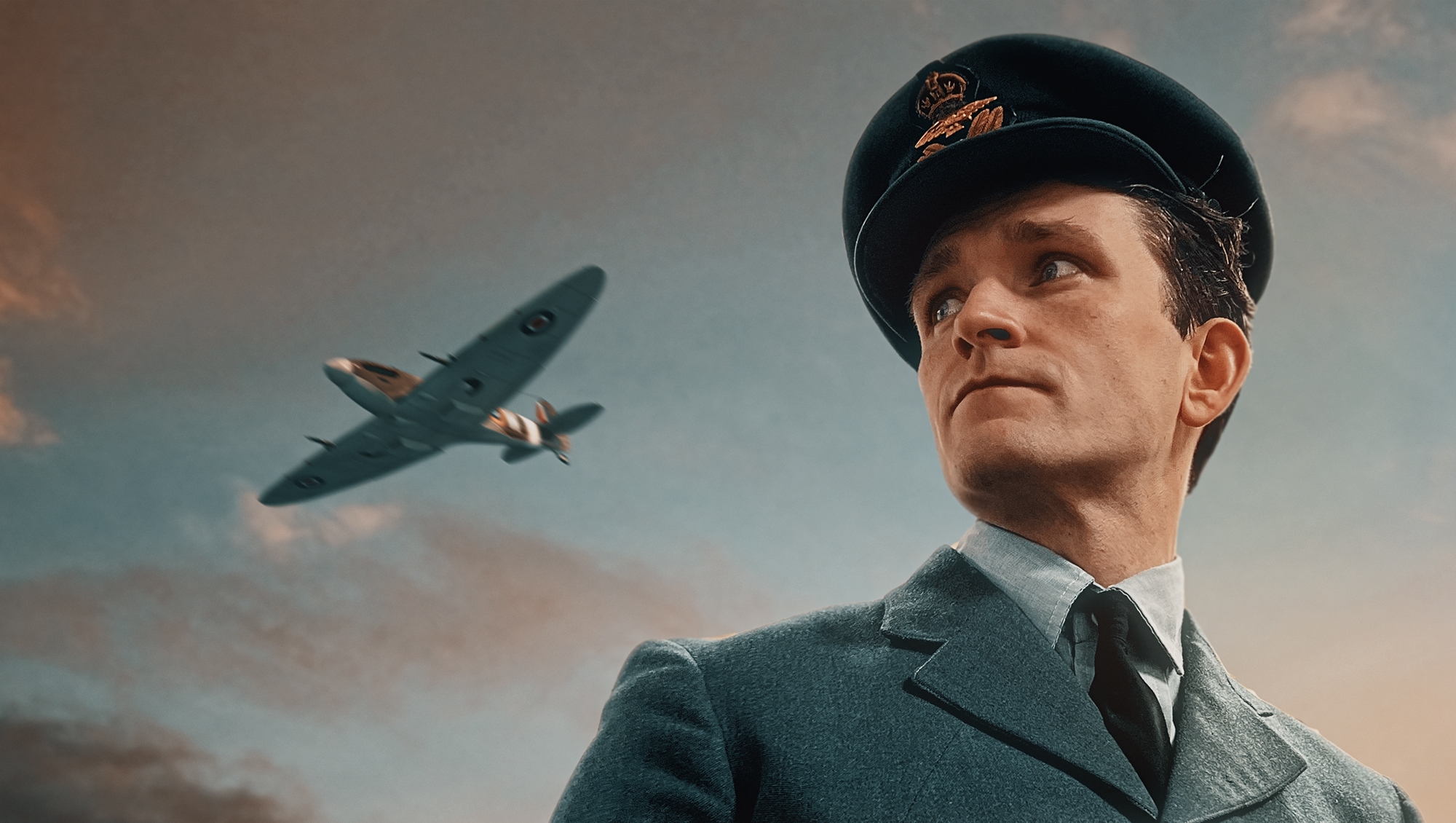 We are delighted to announce that Irish actor, Shane O’Regan is stepping into the flying boots of the Dublin born RAF fighter ACE Brendan “Paddy” Finucane in A SHAMROCK AT MY SIDE.

Casting for this role was one of the longest casting processes we have ever undertaken. Many talented actors tested for the part, but for this particular role we had a very specific kind of actor in mind. Not only did he have to have the right mix of sensitivity and charisma, we wanted someone who bore a physical resemblance to the real Brendan Finucane.

After months of searching, we found him, in Dublin, of all places.

Shane O’Regan was last seen on TV in the series Miss Scarlet and the Duke. On stage he played the lead role of Mark Renton in the Reality:Check Productions critically acclaimed run of Trainspotting and more recently he portrayed U2 lead singer Bono on stage in the play Chasing Bono at Soho Theatre.

After seeing Shane test for the role of Brendan Finucane, we knew we had finally found our man. Everything we were looking for, was in that performance.

Also joining the cast is Eoin Lynch as Brendan’s father Andy and Emily Outred as his mother, Florence. Both Andy and Florence were huge influences on Brendan, so again casting for these parts was another long process of testing lots of actors in the roles.

But, as with Shane, with both Eoin and Emily, it was a case of knowing they were the right ones just as soon as we saw their audition tapes.

Playing the parts of young Brendan and his brother Ray, is Jake Hayes and Jenson Clarke. Jake’s most recent role on TV was as David in Chanel 5’s All Creatures Great and Small and Jensen’s most recent TV role was that of Charles Shelby, Cillian Murphy’s son in Peaky Blinders. Both Jake and Jensen were wonderful to work with and gave us some great scenes!

Playing the part of Jean Woolford, Brendan’s finance is Bethany Billy. Again, the moment we saw Bethany’s acting reel, we knew she would be ideal in the role of Jean. But, when casting two actors to play a romantic couple, it’s always going to untimely depend on if they have chemistry for it to be convincing for an audience. It was with great relief we saw that Shane and Bethany have a sparkling on-screen chemistry.

Carl Wharton plays the part of Group Captain Mallory, a kind of surrogate father figure to Brendan once he joins the RAF. This is our third collaboration with Carl, which says it all about his abilities to inhabit a role and bring a character to life. Its always a great pleasure to work with Carl.

Another familiar face in front of the cameras on our sets is Roger Harding. We’ve worked with Roger since our first feature, THE 13TH DAY. Roger plays Mr Atkins, Bren’s boss in another life, a life before the RAF. As always Roger gave us the performance we needed.

There will be more cast announcements in the upcoming months as filming continues, so stay tuned!

My Tweets
Join 1,611 other followers